Another trip to Europe 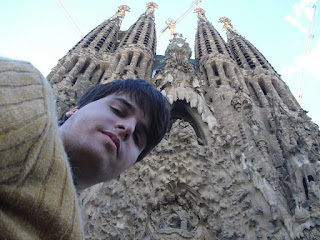 I am in Europe again! I arrived here las November 2nd to attend the Mozilla Drumbeat Festival, and now I am touring around until December 12th.

In Barcelona I had the pleasure of visiting La Sagrada Familia. It is an amazing place, even for a non-religious person like me. I also met Dave and we worked a bit more on our Firefox addon.

I also visited the Barcelona FabLab and discovered that there's a chance we might have a FabLab in University of São Paulo in the near future. The FabLab was filled with wood/acrylic sculptures of various complex shapes that were built by employing digital fabrication techniques and tools such as laser cutters, 3d printers and CNC machines. Very exciting!

During my stay in Barcelona I was hosted by a very friendly couple in the Valldoreix neighbourhood. Train rides to Barcelona took something around 40 minutes from there. 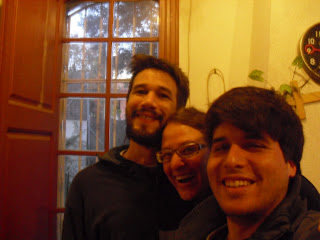 Now I am in Nice, France. I was planning to visit a Torino hackerspace but got not much response from those guys. So I changed plans and decided to go directly to Milano, instead. But the trains would stop in Nice, France. So I contacted the Nice hackerspace (NICELAB) and discovered that they do not exist yet! Their first meeting with the purpose of organizing a hackerspace was exactly in the same night I would be visiting the city (yesterday night) :-D!!! So I joined them at a bar for some interesting conversation and then slept in the house of one of them. Today I am going to get a train to Milano. 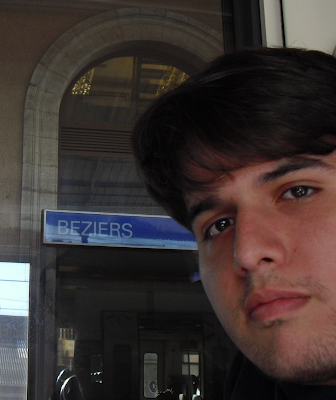 While travelling from Barcelona to Nice, I passed by a train station called Beziérs. As I am deeply involved in vector graphics software development, I could not avoid getting a picture. For a while I wondered whether the name could have some real relation with the beziér curves, but I think that it is just a coincidence.
Posted by Felipe Sanches at 10:26 AM 1 comment: